You are not connected. Please login or register
5 posters

Sometimes, it's hard to distinguish friends from one another.

I have friends with common names who also have the same avatar image. Some are even close to the same levels.

I wish there is an easier way to tell those friends apart. I always try to return the favor when a friend send me gift, but it's hard when I don't know which friend it is.

Maybe people with common names can put an emoticon after their name?

I, too, have several friends with same names, some with a capital letter and some with a small letter. In fact, I have 3 Michelle's. Where this causes problems is when one of them send you a gift. It only shows the name of the friend but does not show the level number with it. The game does display level numbers every place else but there.

So, I recently have been trying to keep tabs on what people request or gift to me so I can know better which friends I may want to delete. I received a gift from one of the Michelle's. So I sent a message to each asking if they sent the gift and told them I was having difficulty determining who sent it since I have 3 of them. Then I asked if they would be willing to add an initial to their game name to help with this problem.

Each wrote back and said they added an initial to their name. Then I thanked each one and checked their wish lists out and sent a gift, if I was able and left tips and woke the sleepers or sent a charging gift and advised each one that I did such.

I know it's a lot of extra work, but most are agreeable and grateful when they get a gift in return.

For those of you on my friends list..... Do you have this problem with my name? Thinking of changing it to SaraMMUFF.com.

My vote for your new name is Sara The Bestest.
Trekker

sfinley ibrahim wrote:For those of you on my friends list..... Do you have this problem with my name? Thinking of changing it to SaraMMUFF.com.

I don't have any problems with your name, you are the one and only Sara.

Y'all are gonna make me blush!
Jillllll 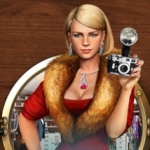 Ive had a few "complaints" that my MM name is common (Jill), so I think I'm going to change it to my name on here (Jillllll). I'll have to go around and leave a msg on everyone's wall though, so they know who I am!
Admin

(Secret confession: I have 3 Jills, and it was hard for me to tell you apart from the other two... same avatar image too!!)
LaVentosa

sfinley ibrahim wrote:For those of you on my friends list..... Do you have this problem with my name? Thinking of changing it to SaraMMUFF.com.

You are my one and only MargaritaSara too