You are not connected. Please login or register
5 posters 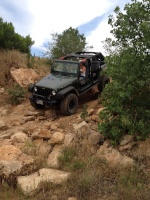 Is anyone else experiencing this... I keep having friends tell me on my wall that they woke my friends but they are all still asleep. At any given time I may have 1 or 2 friends awake at once.

I went on my husbands game to test it and tried to wake them but nothing...!

Anyone else having this problem??
pianofingers

Just enter a room or visit a friend to refresh your manor.
ycul

I am having problems waking friends helpers. I tap on them and they wont wake up. left tips that did not stay. went thru 15 actions and left nothing!!! Wonder what gives?
Mbstr8k

ycul wrote:I am having problems waking friends helpers. I tap on them and they wont wake up. left tips that did not stay. went thru 15 actions and left nothing!!! Wonder what gives?

Interesting. I get the feeling, I'm losing tips. People say they've left tips, but I explore a room once and there is nothing there after wards....for every room! Exploring a room or visiting friends doesn't seem to help. I think I'm going to sign out and reboot the iPad more often. I'm going to guess that will help.
Roxy

That happened to me last night. A friend wanted a specific helper awakened but I saw a totally different picture in her manor. The one she wanted was already awake. The helpers I saw asleep in her manor were really awake. This difference continued as I left her manor, went to others, then returned. When I did return some of her sleepers had changed, but they were still totally different from the ones she had just used and were truly asleep.
Sponsored content

» New Update 1.15 & Quest Details to Castle of Kazmir Strigoi
» FIXED - Unable to visit friends since update
» So how long should I leave it before deleting friends after the last 'update' ?
» Pending friends
» How do I find my own friend code?
Current date/time is Sat Feb 04, 2023 7:02 pm